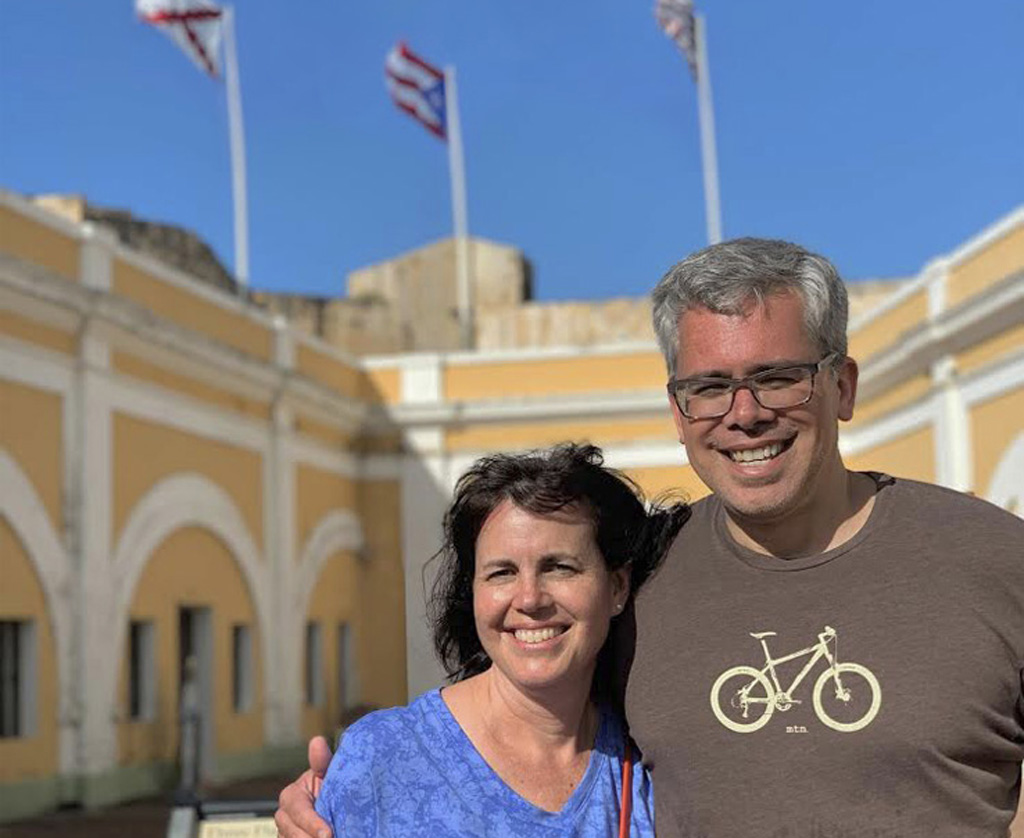 I grew up in Ypsilanti, Michigan, where my parents settled in 1967. They were both a long way from home. My mother was born and raised in Ponce, Puerto Rico; my father was born in Spanish Harlem and raised in the Bronx. Ypsilanti was a very different world than they knew and an unusual spot for two Puerto Ricans to settle, but they never left.

I learned everything that most matters to me in our home in Ypsilanti where my father still lives. What love really is and looks like. The value of working hard. The importance of saying what you mean and meaning what you say. The honor of standing up for yourself and for others. And that pursuing your dreams as my parents did sometimes means leaving home, shaking things up, and taking risks.

I left home in 1983 to attend Carleton College. I could not have imagined then how this small college surrounded by cornfields would expand my world. I met amazing professors who became beloved members of my Minnesota family. I forged deep friendships with classmates, including two with whom I co-founded this firm in Dan and Bob. Most important, I have been able to hold hands every day for more than 30 years with my wife Emily because we met each other there.

After graduating, I worked as a legal assistant at O’Melveny & Myers and then settled permanently in Minnesota. I worked for several years with some great people at the investment bank Piper Jaffray—an experience that opened my eyes to a world I knew nothing about. I then went to law school at the University of Minnesota. It is no exaggeration to say that I have loved just about every minute of the legal career that my law school, through its outstanding professors and my terrific classmates, made possible. That legal career has given me the privilege of representing clients on both sides of the “v” in civil and criminal matters—as well as the opportunity to investigate all manner of issues when clients need a trusted outsider to figure out what happened and what to do next.

I carry with me a deep gratitude for everyone who helped get to where I am now. Two years ago, my partners and I started Forsgren Fisher so that we could put into practice everything that we know about what it takes to make a client’s cause our own through a shared value system that reflects our understanding of the best way to inspire and produce outstanding work. And the results we try to achieve together for you is our happy focus every day.

David Wallace-Jackson has successfully represented companies and individuals in complex litigation, internal investigations, compliance matters, and white-collar criminal defense cases throughout the United States and around the world for over 20 years. He has proven adept at navigating thorny issues, getting to the root of things, and delivering noteworthy results for clients in all these areas. He takes pride in helping foster a synergy among team members that produces results greater than the sum of their individual efforts. And in everything he does, David makes it a point to learn the technical issues of a case in a way that lets him explain complex points to a broad audience.

In his spare time, David enjoys biking, hiking, reading—and spending time doing anything he can with his family and friends.

David enjoys litigating complex cases of all types, including those involving contract, fraud, patent, non-compete, trade-secret, and unfair-competition issues. He defends companies in product-liability lawsuits and agency investigations. In internal investigations, David assists clients facing potential business conduct issues of all types (theft, corruption, financial improprieties, sexual harassment, and general workplace misconduct) as these may arise whether domestically or internationally under the Foreign Corrupt Practices Act and other laws. And he also defends individuals who are the subject of such investigations or have been charged with financial fraud and other business crimes.

David has brought and defended business-litigation matters his entire career. As a plaintiff, David seizes the first-mover advantage and presses it relentlessly. When called upon to defend, he aims to out-plaintiff the plaintiff—meaning that he tries to be the first to figure out what happened so that his team can formulate a legal strategy based on those early findings. Regardless of the situation and approach, David works as hard as he can to meet the client’s needs and goals so that the process and the result reflects the client’s view of how the case should be managed and what constitutes a win. Representative experience:

Products cases across the United States have long been a cornerstone of David’s work. He has defended manufacturers involved in personal injury/wrongful-death claims and related government agency investigations related to fires and explosions, industrial and manufacturing products (such as electronic controls, limit switches, and light curtains), and consumer goods. He has developed a proactive approach to these kinds of cases that is premised on targeted expert involvement up front coupled with aggressive use of summary judgment and creative settlement solutions. Representative experience:

David is regularly involved in conducting due diligence and internal investigations in the United States and around the world. Whether he is investigating matters related to the FCPA, False Claims Act, import/export practices, financial wrongdoing, workplace misconduct, whistleblower allegations, or other sensitive circumstances, David has proven adept at navigating thorny issues and getting to the root of things. He has proven himself skillful at coordinating and supervising the efficient work of forensic-accounting resources as well. Representative experience:

David is a regular guest lecturer on investigations and FCPA/compliance issues at local law schools:

The Pro Se Project: 10 Years of Enhancing Access to Justice

“The goal is not to just make a living, but to make a life that you are proud of.”